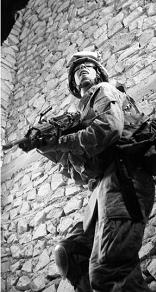 The coin is already spinning in the air…

It may have happened ten years ago, perhaps it has never even happened. Don’t ask me, I no longer exist. Or if, by any chance, I might still be alive, my only concern would be when the nurse brings the next dose of morphine.

My friend Paul and I were sitting at the café in Grand Junction and debated whether the glass on the table was half empty or half full. Paul, the believer cast his vote on the latter; I, the ever skeptic, who could only think within the limits of the rationale, opted for the first. Now I know that there and then nothing made any difference whatsoever. Neither the fact who paid the bill. We tossed up a coin and discussed whether the outcome was already settled in the moment of the tossing, or our chances were still equal while the coin hovered in the air. We agreed that the result had been determined before we knew it

He explained the eventuated chance as God’s will; I argued that statistics is a science that describes the lack of our knowledge. The local radio station forecasted a 55% chance of rain for the third time already. In fact, it could have said 100% because it had been raining heavily already. The sound technician kept replaying the obsolete announcement from tape. The announcer himself was sitting at the next table in the café, but he hated to be wet while running back to the studio. Statistics is not only the science of lack of our knowledge but also of ignorance.

Fast-forward ten years, to September 2007. Hillary Clinton allegedly knows already that she is going to be the next President of the United States. But then she must also know what kind of moral-shattering bomb is going to explode into her face during her campaign. The coin is still spinning in the air, but the chances have already degenerated into certainty somewhere. According to Hillary, we would long have pulled out our troops from Iraq if the institution of universal conscription were still in place. The people of the country would worry more about the drafted troops than about the professional ones. With voluntary military, however, people obey President Bush and go to the shopping mall. The President is right when he recommends shopping instead of reading the newspaper. In case the market slows down, the pile of lies that keeps the country moving would collapse upon us.

According to statistics a soldier serving in Iraq has roughly a one percent chance to be killed, two percent to be crippled. The volunteering soldier and his family are unaware about the heavy weight of that one percent. The survival chance of the soldier, who will be blown in pieces tomorrow, is 99% today, and zero tomorrow. The coin is already spinning in the air.

Last week I was diagnosed with an advanced-stage cancer. Tomorrow doctors will perform surgery on me if the laparoscopy finds me operable at all. My chance of not surviving the surgery is one percent as well. I did not choose; I was randomly drafted.

If I don’t live to see the after-tomorrow, then, good bye to you all. And my message to chance is to better choose someone else with whom to play its rotten game.

Of course, I am aware of this basic writer’s lapse: if you write down Second Part, there must be one with a First Part title. I’ve been prepared, professor, but when I wrote the first part I was not sure that there would be a second part. If, however, I posteriorly place a subtitle to the first part, the whole thing becomes false. Before surgery, I would have chosen the subtitle This is the final struggle – and not in a mood of assurance about victory. Eugéne Pottier, the author of The Internationale must have been intoxicated by the firm trust in success. He was a little disoriented and he confused la lutte finale, the final struggle with the decisive victory. A struggle is final for the loser only. Those still standing should expect the attack of the next enemy. The soldier faces another religious fanatic, who approaches him as a civilian, with an explosive device tied on his body. The cancer patient faces the bombs of the metastases, post-therapies, side effects, complications, frailty, and then the final struggle. I am in better position than the soldier. At least I know the enemy better.

It is October 6th, 2007, four days after the surgery. I am damn lucky; I have survived. For simplicity I could even say, thanks God, but I refuse to say it. If God is who determined the favorable outcome, who is the one who calls for the unfavorable? Paul had hard time answering this question. God’s ways are unpredictable? Isn’t it better to say that a blind chance took place via the coincidence of unlucky circumstances? As an agnostic, I can reject betting on God’s existence, no matter how much Monsieur Pascal* would drive me into it. Besides, gentlemen do not bet on fait accompli.

The place of my pancreas is one-third full, two-third empty. Deterministically, not statistically. I do not even consider the smaller collateral losses, like my spleen and other negligible organs. Several times a day they harvested blood from one of my fingers. I had the urge to always show my middle one, but I refrained. One should not make the nurse angry, for that brings hell upon the patient. Am I afraid of hell after all? I surely fear hell of this world.

The fifth day after the surgery they sent me home. Generally no patient is kept in an American hospital beyond a week, unless he is willing to pay the larger part of hefty bills from his own pocket. The hospital administration knows that the insurance company declines the payment that exceeds the average service. Once again, I proved to be lucky. I don’t have to make special deals with insurance, hospital, and doctors who work financially independently from the hospitals. And besides, my death sentence was mitigated for some more life. You see, Paul, I still can think positive.

The computer on my bedside that monitored my vital signs once ran into a fatal error, so it had to be restarted. Upon leaving the hospital I thought to myself to play God and to friendly push its reboot button. Let it live.

*Reference to Blaise Pascal’s thesis in his work Pensées (Thoughts), who states that wagering on God’s existence is not only profitable but also compulsory.